Fix audio drifts in video records with Kdenlive and FFmpeg

I recorded some old VHS tapes to digitize them to video movies and burn them on DVDs. Sadly the audio had a shift or drift of around one and a half second over the one hour video. Here a small solution to fix this problem with the help of Kdenlive and FFmpeg.

My example is a record.mp4 file.

The following command will extract the audio of the MPEG-4 into a WAV file.

The extracted audio should be available as audio.wav file.

We can easily detect the audio drift by importing record.mp4 and audio.wav into Kdenlive via drag and drop.

Please make sure that the Kdenlive project has the same settings as your video source file. 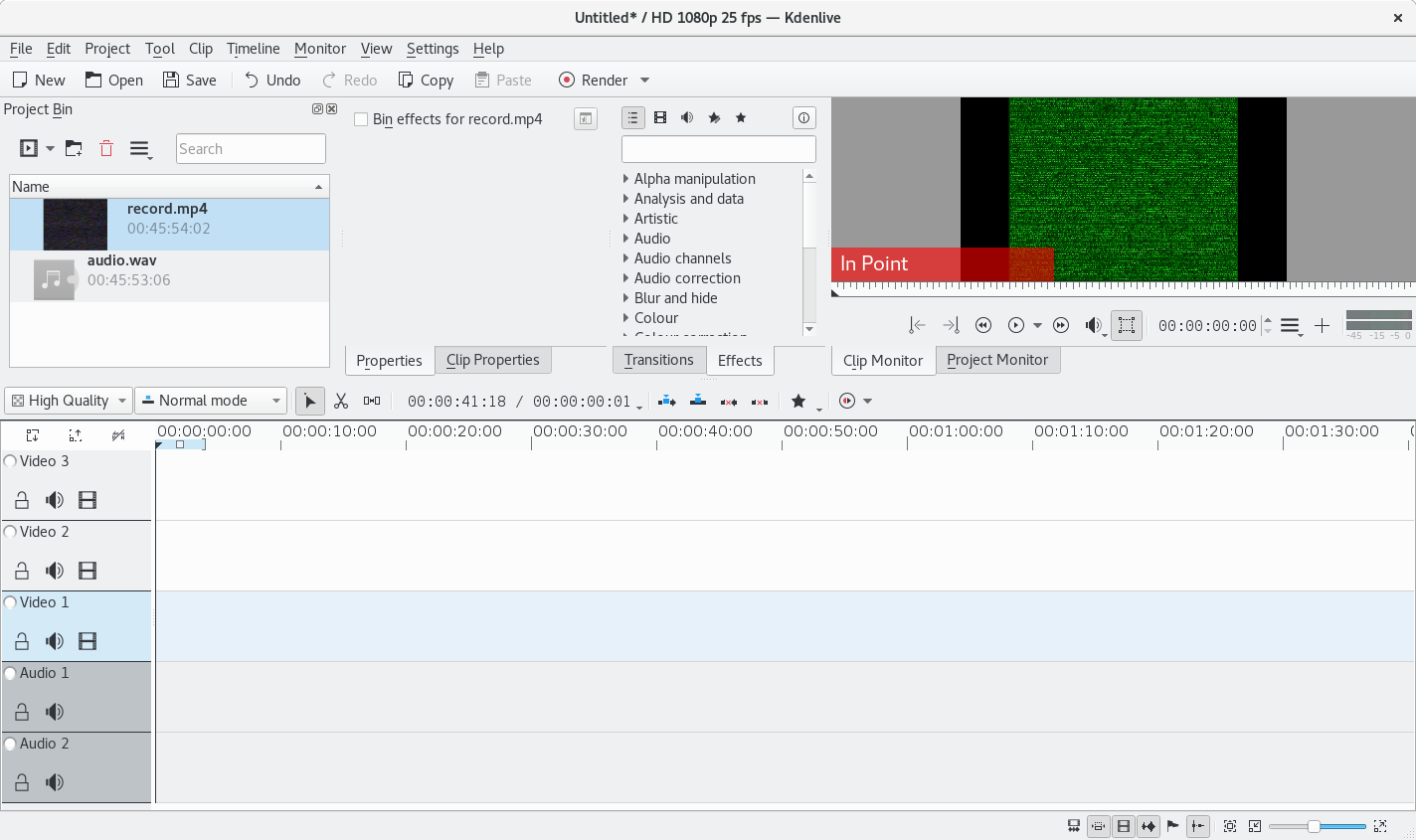 Stretch the audio with FFmpeg

On the screenshot above is visible that record.mp4 and audio.wav have different length. My Kdenlive has shows the length in hours, minutes, seconds and at the end a twenty-fifth of a second.

I can calculate for both file the amount of 1/25 seconds with the following formular. Please note that s/25 is something like a variable for a twenty-fifth of a second.

Calculate the speedup with python

We strech the audio.wav file with the following command and the factor from above. The command will write the result to the file audio_streched.wav.

Afterwards we import audio_streched.wav into Kdenlive via drag and drop and delete audio.wav. Video and audio should have now the same length. 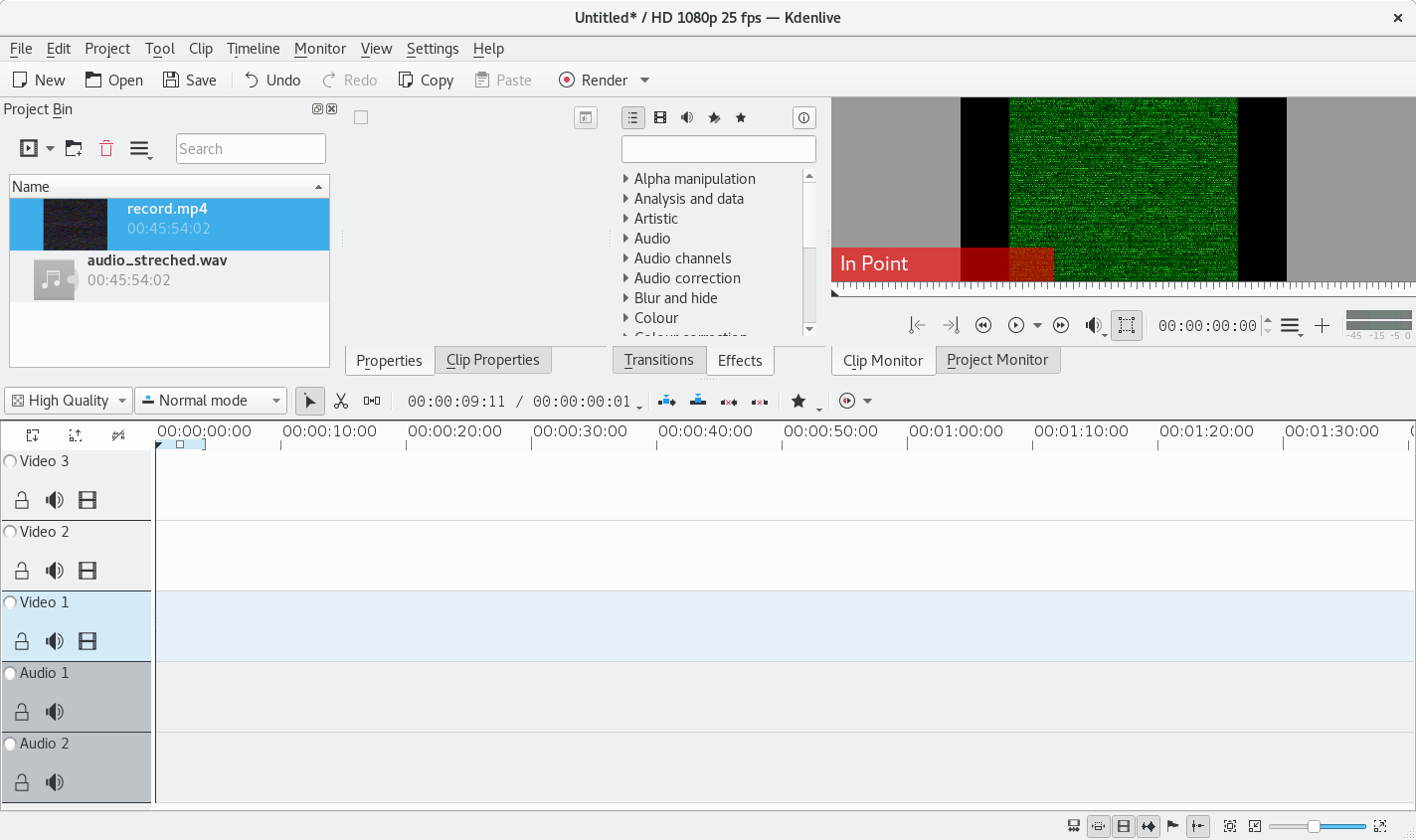 Drag the record.mp4 source to Video channel and click in the menu item Clip on Split Audio. 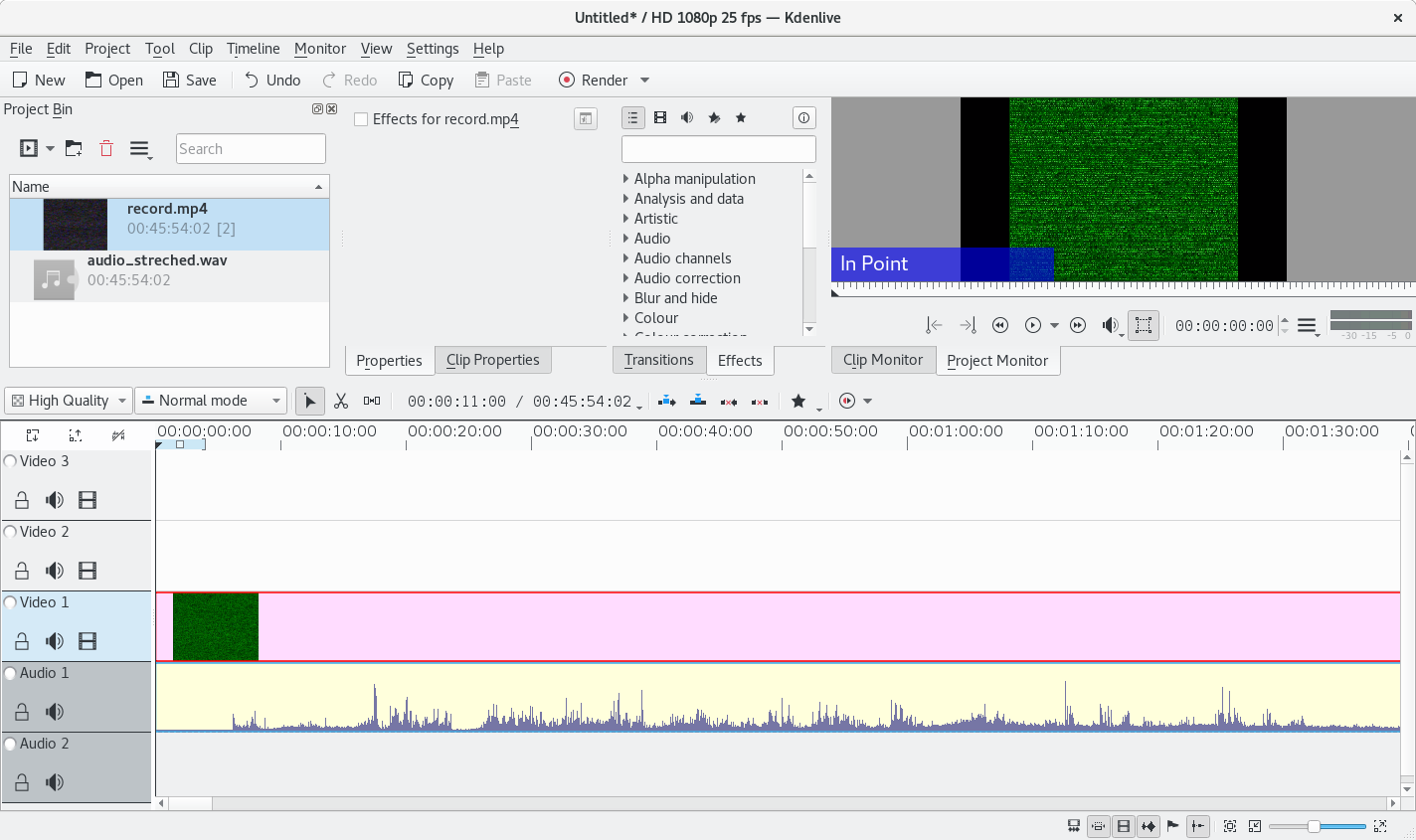 Afterwards click in the menu item Timeline on Ungroup Clips and delete the audio channel. There should be just a muted video channel now. Drag the audio_streched.wav source into the Audio channel.

We can now render the video with the streched audio to an mp4 file with the button Render. 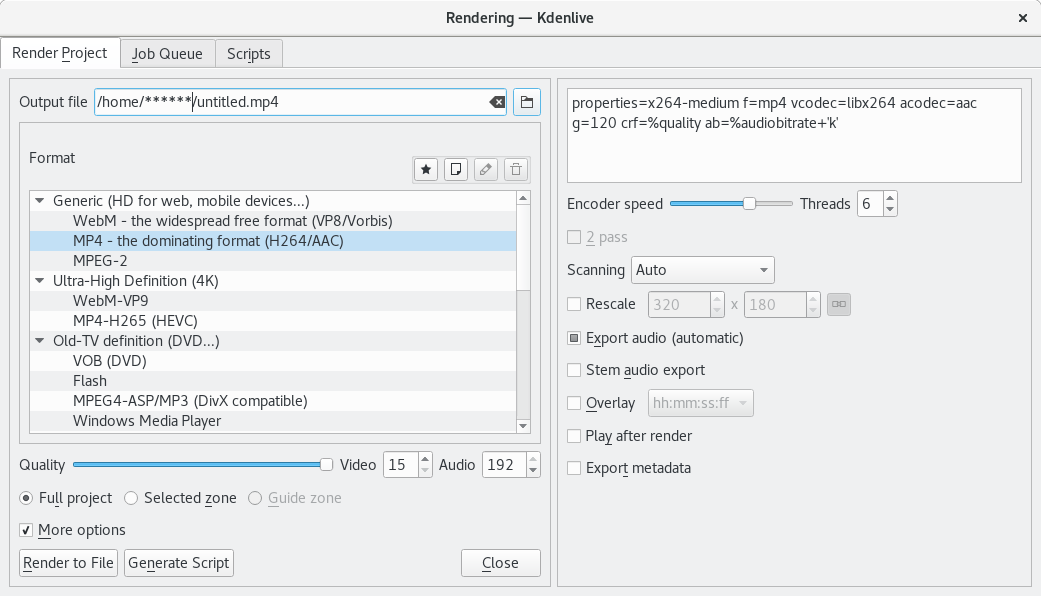