Digitize a cassette tape with Linux

I have some old compact cassettes or tapes that I would like to digitize before time is destroying the quality completely. I will document the digitization with this post.

All we need is a tape recorder with an audio output, a audio cable and a computer with Linux and a audio input. In may case it is a 3.5 mm stereo phone connector cable and a Thinkpad with Debian 8 (jessie).

It was not trivial for me to enable the line-in of my Thinkpad as audio input. The basic sound settings of Debian had just Internal Microphone - Built-in Audio as input.

If you have not such a problem, just skip this subsection.

The program PulseAudio Volume Control was very helpful for this problem. I just enabled Microphone as audio input. You can install this program with the following command on Debian based operating systems. 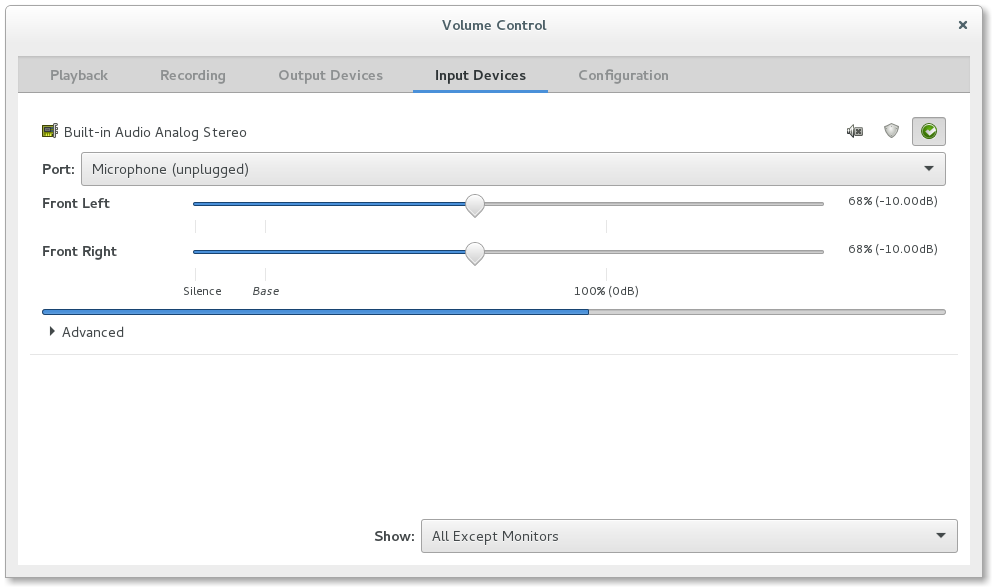 My prefered program for recordings is Audacity. A very cool free, open source, cross-platform audio software for multi-track recording and editing. You can install Audacity on Debian based operating systems with the following command.

We start with the play button of the tape recorder and push the red Record button of Audacity simultaneously.

Stop the recording with the yellow Stop button when the tape ends.

Playback is too fast

A very common problem that happend to me was a too fast playback. The record was fine, but the playback was too fast when pushing the Play button of Audacity. There seems to be a problem with PulseAudio.

If you have not such a problem, just skip this subsection.

The post audacity playback is too fast helped me to solve this problem. I have just saved the record as Audacity project and closed the program. We can now replace the line

in the file /usr/share/applications/audacity.desktop.Or we can start Audacity with the command line.

We have now a bare record. But there are a few thing we need to do.

Especially old tapes have a terrible quality. But also the tape recorder is maybe not the best one. So we need to remove some noise.

There should be zero line at the beginning of the record. This line doesn't seems to be a real zero line. We will select some seconds of that line. After that we will select Effect and Noise Removal... in the menu of Audacity. Both steps of Noise Removal are again explained. Please push the button Get Noise Profile in Step 1.

The record should be normalized before exporting. We will select again the whole record and push Normalize... in the menu item Effect. The Normalize maximum amplitude to should be -1.0 dB. Please push the button OK. 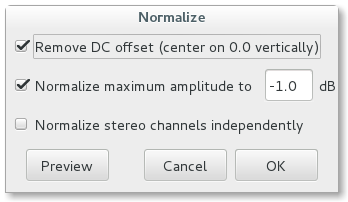 The record is ready now. We can export it. Just click on Export Audio... in the menu item File, select a filename and a format. In my case it was Ogg Vorbis. After pushing the Save button you have to enter some metadata. In my case a german tape, Die Rückkehr des Shredders from Teenage Mutant Hero Turtles. Please push the OK button after entering the metadata. 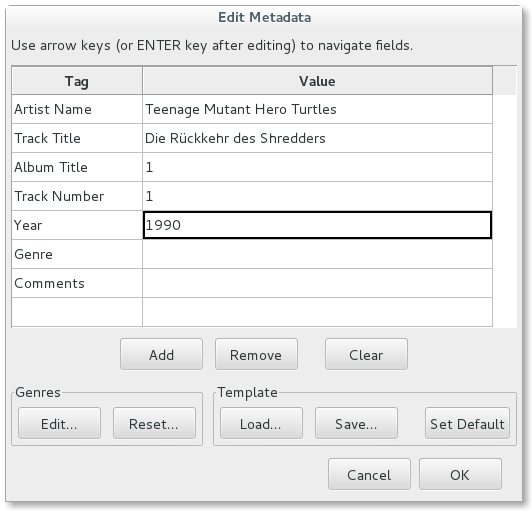